From Wikipedia, the free encyclopedia

Jingdezhen (or the Town of Jingde) is a prefecture-level city, previously a town, in northeastern Jiangxi province, China, with a total population of 1,554,000 (2007),[1] bordering Anhui to the north. It is known as the “Porcelain Capital” because it has been producing pottery for 1,700 years. The city has a well-documented history that stretches back over 2,000 years.

During the Han Dynasty, Jingdezhen was known as Xinping. Historical records show that it was during this time that it began to make porcelain.[2] Xinping then was renamed Changnanzhen (Changnan Town) during the Tang Dynasty since it sits at the south bank of the Chang river. In 1004 CE during the North Song Dynasty, it was renamed again as Jingdezhen, taking the era name of the emperor during whose reign its porcelain production first rose to fame.

In the Ming and Qing dynasties, Jingdezhen was considered one of China’s four great towns in terms of commercial and industrial importance. The others were Foshan in Guangdong, Hankou in Hubei, and Zhuxian in Henan.[3]

In the 19th century, Jingdezhen became a county. During the period of the People’s Republic of China it became a provincial city but retained the Jingdezhen name. Usually when a town is upgraded to a city, the designation of “city” replaces that of “town”, but Jingdezhen retained its name to honor its history.

Jingdezhen was named one of top 24 national historical and cultural cities of the People’s Republic of China on February 28, 1982.[4]

In 2004, Jingdezhen celebrated the millennium of its becoming the porcelain capital and its assuming its present name.

There are some cities and counties between Jiangxi and Anhui Province around Jingdezhen. To its north, northwest and northeast are Dongzhi, Xiuning and QimenCounty of Anhui province. To its south are Wannian County and Yiyang County. To its west is Boyang County. Lastly, to its southeast are Wuyuan County and Dexing City.

Jingdezhen’s natural resources include kaolin, coal, manganese, and lime, but it is the kaolin that has made the city famous in China and the world.[2] For over a millennium, its unique kaolin has enabled Jingdezhen to make high-quality porcelain. (The word “Kaolin” came from “Gaoling” or “Kaoling”, a village located in Ehu Town, Fuliang County, Jingdezhen City.).[5][6]

Jingdezhen has a humid subtropical climate (Köppen Cfa) affected by the East Asian monsoon, with long, humid, very hot summers and cool and drier winters with occasional cold snaps. The monthly 24-hour average temperature ranges from 5.3 °C (41.5 °F) in January to 28.7 °C (83.7 °F) in July, with an annual average of 17.36 °C (63.2 °F). The average annual precipitation is 1,830 mm (72 in). With monthly percent possible sunshine ranging from 25% in March to 56% in August, the city receives 1,798 hours of bright sunshine annually. Winter begins somewhat sunny and dry but becomes progressively wetter and cloudier; spring begins especially gloomy, and from March to July each of the months averages more than 190 mm (7.5 in) of rainfall. Summer is the sunniest season here, while autumn remains warm to mild and relatively dry. Extreme maximum temperatures of above 40 °C (104 °F) have been recorded, as have extreme minimums below −5 °C (23 °F).[2]

Jingdezhen belonged to Fuliang County for most of its history (particularly when it was Changnan Town). However, now the administrative hierarchy is inverted; Fuliang County now is part of Jingdezhen City. At present, Jingdezhen is divided into 1 county, 1 county city, and two districts.[2]

Jingdezhen’s porcelain has been famous not only in China but in time it became known internationally for being “as thin as paper, as white as jade, as bright as a mirror, and as sound as a bell”. The late Guo Moruo, a senior official who was also a famous historian and scholar of PRC wrote a poem that says (in translation): “China is well known in the world for its porcelain, and Jingdezhen is the most well-known centre, with the highest quality porcelain in China”.[2]

During the Cultural Revolution, Jingdezhen produced a large number of porcelain Mao badges and statues of a seated Mao Zedong.

Jingdezhen is not only a major city, but is also an important industrial and commercial base in north-eastern Jiangxi. In 2008, Jingdezhen achieved a GDP of RMB32.2 billion yuan. The city’s per capita GDP ranks fifth among the eleven administrative regions of Jiangxi Province. The per capita disposable income of the urban residents is RMB13,583 yuan; per capita net rural income is RMB5253 yuan. Both of these rank fourth in Jiangxi. Local fiscal revenue was RMB18.5 billion, putting the city in tenth place, just above Yingtan City. Jingdezhen’s GDP and local fiscal revenues are relatively low for Jiangxi Province, but the growth rate is fast. The growth rate of the per capita data is in the middle for the province.[9]

The French SA 321 Super Frelon, which Changhe produces under license as the Z-8

Changhe Aircraft Industries Corporation is the largest state enterprise in the city. It was established in 1969 as an important helicopter manufacturer. It sells its helicopters primarily to the Chinese PLA. Changhe has a subsidiary – Changhe Auto Factory – that is an important Chinese automobile company. Changhe also produces aircraft parts for the Boeing 767-300BCF.

Jingdezhen Ceramics is a joint venture with a French company and is most famous of Jingdezhen’s ceramic companies. The Chinese government has presented its Red Leaf brand porcelain as gifts to foreign heads of state; in 2002, the Chinese leader Jiang Zemin presented some to U.S. President George W. Bush.

Jingdezhen Refrigeration Compressor Company is well known in China for its non-Eph refrigeration compressor. It holds a 20% share of its market in China.

Jingdezhen is the granary of northeastern Jiangxi, with extensive rice cultivation within its boundaries. The area is also an important producer of commodity grain, pigs, and cotton.

In Fuliang County there are some large-scale tea plantations and processing facilities.[2] The tea of Fuliang County is well known in China. Bai Juyi, a famous poet of Tang Dynasty China, wrote a poem that says “My merchant loved money more than family, he left me to go to Fuliang to buy tea last month”. This suggests that one thousand years ago Fuliang was already well known for its tea. In 1915, Fuliang’s “Fuhong” brand tea won a golden prize in the World’s Fair in Panama.[2]

Leping City, the “Vegetable Township of South China“, is a major vegetable growing and processing area for Jiangxi Province even for China. Its vegetable output and sales are important to the agricultural economy of Jiangxi Province. In 2007, Leping had 1.7 million hectares under cultivation that produced a total output of 620,000 tons. The Agriculture Ministry of China also designated Leping as a demonstration zone for “pollution-free” vegetable production.[2]

Jingdezhen is the most important transportation hub in the northeast region of Jiangxi province. Historically, Jingdezhen’s main communication route was via the Chang River. It could ship its porcelain down the Chang to Poyang Lake and connected there with the Yangtze River in Hukou County, Jiangxi Province. From there the porcelain could get to the coast for export. Today, water is far less important for transporting goods. Roads, the railway and airlines have grown to be more important forms of transport of goods and people.

The Anhui–Jiangxi Railway connects Jingdezhen to many key cities in China such as Shanghai, Nanjing, Jinan, Qingdao, Hefei, Guangzhou, Fuzhou, Xiamen, Nanchang, Kunming and Guiyang, etc. In addition, the Jiujiang– Jingdezhen-QuzhouRailway is under construction. In the near future, the two rail lines will intersect in Jingdezhen, and make the city an important rail transportation hub in Jiangxi Province and East China. The Jingdezhen Railway Station is located in the city center and is under the control of the Nanchang Railway Bureau.

The Airlines Routes of Jingdezhen

Jingdezhen Airport is located at Luojian Village, northwest of Jingdezhen city, and about 8 km (5.0 mi) from the city’s downtown.

CAAC statistics show that in 2008 Jingdezhen Airport served 189,256 passengers. This ranks the airport 81st amongst all Chinese airports. Annual cargo and mail traffic was 119.8 tons; annual landings were 2424. By these measures the airport ranked 111 and 91 in China.[11]

There was only one bus line in Jingdezhen before the 1980s, which was from Huang-ni-tou to Nan-men-tou with a total line distance of 7 kilometres (4.3 miles). In that time, the city had no taxi service and the buses were channel-type bus, it could carry more than one hundred passengers at most at the same time. This kinds of buses were renewed when they were operated to the end of 1990s.

Currently, Jingdezhen public buses and taxis are the two main means of transportation within the city. Nearly more than 20 public bus lines crisscross the city and its countryside. Taxis in Jingdezhen are plentiful; fares start at ¥5 for the first 2 kilometres (1.2 miles).

Jingdezhen city has three colleges or universities, and these have a total of 38,613 students and 1,306 teachers in 2007. It is also the home of the Jingdezhen Ceramic Institute (JCI), which was established in 1958. It is the only institute in China that provides advanced ceramics training and it is also well known in Chinese and international academic circles in the field of ceramics. The other two institutions of higher education in the city are the Jiangxi Ceramics & Art Institute and Jingdezhen University.

In the city proper there are 47 high schools, called Middle Schools, with 37,200 students and 2,953 teachers. The No.1 Middle School of Jingdezhen was founded in 1940. It is famous for its success rate, relative to other schools in Jiangxi Province, in placing its students in Chinese colleges.[12]

Jingdezhen has more than 20 medical service institutions with a total 2182 beds. Doctors and nurses number 2,672. It has the largest hospital system in the north-east of Jiangxi Province. The No.1, No.2 and No.3 People’s Hospital of Jingdezhen are the most important hospitals in the city; the No.4 People’s Hospital is a psychiatric hospital.[2]

Jingdezhen is a major tourism destination in northern Jiangxi Province. Most of the city’s tourist attractions have a link to the ceramics for which it is famous.[2] The city also provides access to nearby popular tourist areas such as Lushan, Huangshan, and Wuyuan.

In 2007, Jingdezhen City earned RMB3.027 billion yuan in revenues from tourism. Tourism accounted for 11.2% of local GDP, up from its share in 2006. The number of visitors is also rising year by year as the city’s transportation links to the rest of China improve.

At present, Jingdezhen has the most tourist hotels of any city in Jiangxi Province. In the city there is one quasi-five-star hotel, two four-star hotels, and many three-star and other common grade hotels.[2]

Next: Ceramic collections in The Palace Museum

Fill out my online form.
Use Wufoo templates to make your own HTML forms. 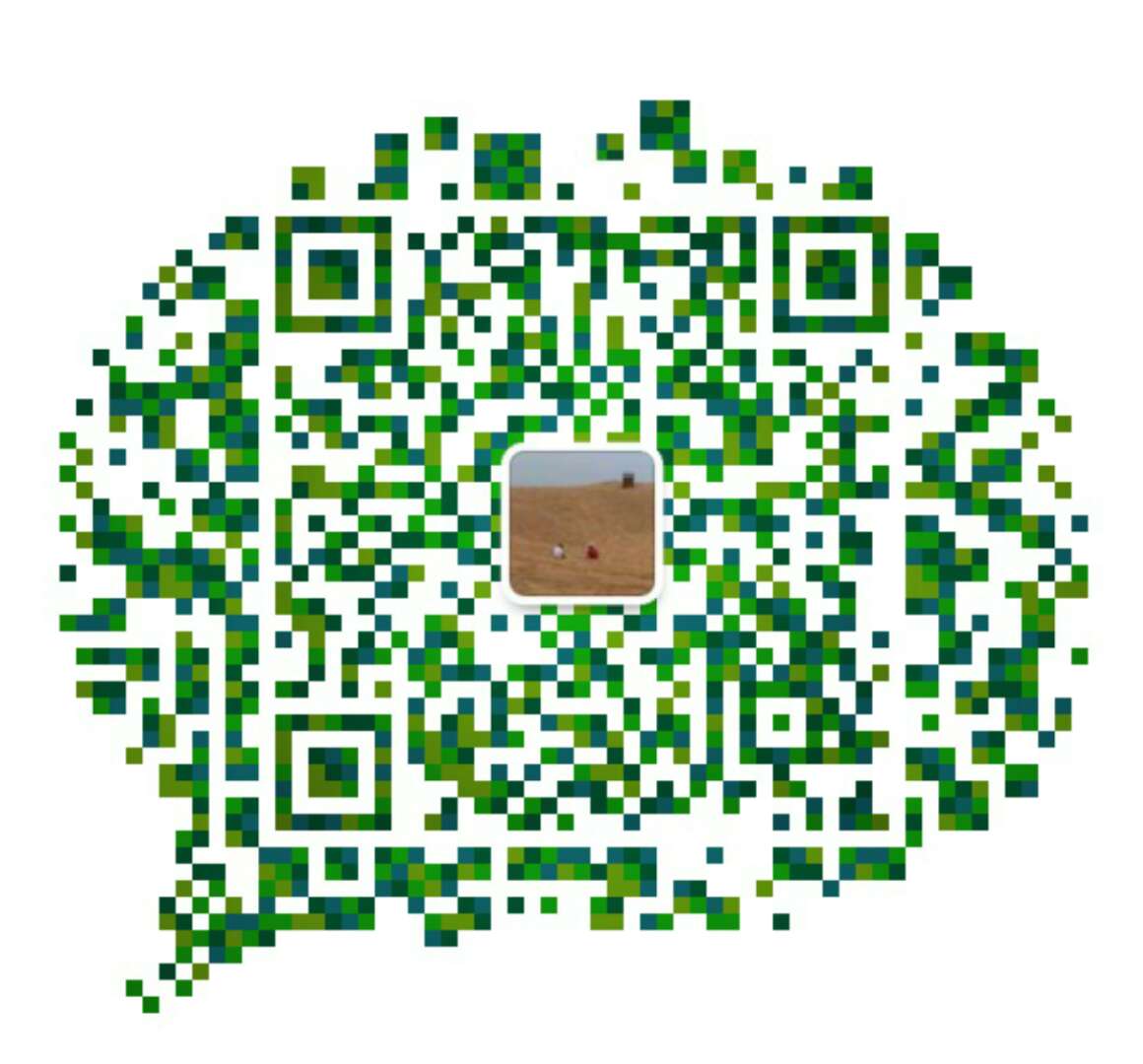